Along with his professional life Medeiros e Almeida (1895-1986) passionately gathered an important decorative arts collection that reflects an eclectic and cosmopolitan taste.

The collection is displayed in his house that is divided in two different areas: In the Old Wing that was inhabited by the Medeiros e Almeida couple we can still sense their way of living for everything was left untouched. The New Wing was built in the early 70’s by the collector. It includes sophisticated museum-like ambiances.

The House-Museum includes 27 galleries that reveal the personal and social experience of MA. The collector preferences are unveiled by the two specific galleries that he erected to house the watches and clocks and the Chinese porcelain collections.

Out of the 2.000 objects on display, some stand out for its sophistication and technical refinement:

– A set of 8 17th century paintings by the master of Flemish landscapes; Jan van Goyen,

– A 17th century night clock by Edward East, illuminated by an oil lamp in its interior that belonged to Queen Catarina of Bragança, the Portuguese wife of king Charles II of England,

– A late 16th century gilded silver renaissance cup – the Aldobrandini cup (out of a set of 12),

– A mid 17th century hourglass made of amber and ivory signed by Michael Schödelock from Dantzig,

– A collection of about twenty four pocket watches, made by the Breguet family, one of the most famous clockmakers company in the world, 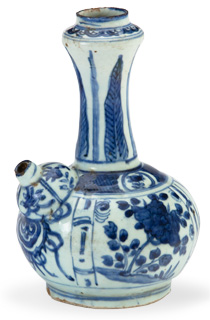